A real classic from the Ocora back catalogue; this album of gospel blues was recorded at the Avignon Festival of 1987 and introduced to a wider public the stunning rough 'n' ready vocals and guitar of the then 79-year old artist. Flora Molton was born in Virginia in 1908, a preacher's daughter. Although she sang and played organ in the church she did not take up guitar until she was 35, already married with two children and living in Washington DC. Flora busked on the streets of the city for many years, eventually playing folk clubs and festivals as a result of the new wave of interest in the blues in the 1960s. Her recorded output was meagre - an album and a couple of singles on her own Living Stone label, sold on the streets, was the sum total before the L R label recorded her for an album in its Living Country Blues series in 1980 (later reissued on Evidence). The Ocora album goes straight to the heart of gospel, Flora's coarsely sublime vocals and unique slide technique are backed by the guitar of Eleanor Ellis on a selection of 18 mostly traditional tracks. 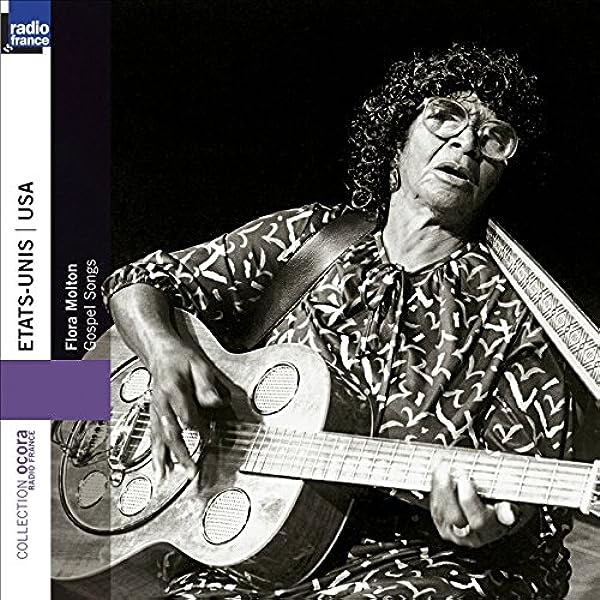 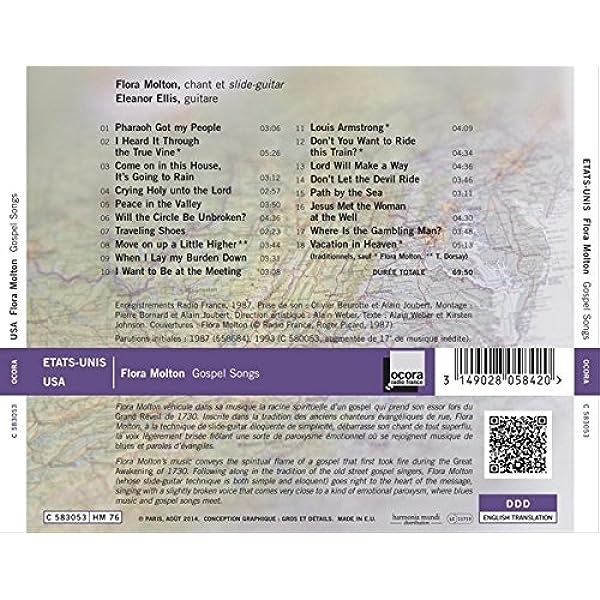